The work of the personal department is organized and directed to the development and improvement of personnel work, the full and qualitative implementation of tasks to maintain the optimal quantitative and qualitative personnel of the university.

In this way the department: – provides effective control over compliance with legislative regulations on personnel matters.Organizes personnel work   using   the   latest   technics and technology;

-it conducts the work on the selection of personnel required professions, specialties and qualifications in accordance with the goals, strategy and profile of the university, the formation and maintenance of a database on the quantitative and qualitative staff members, their development and movement;

– carries out the work, together with the heads of departments, in the selection, and placement of personnel on the basis of assessing their qualifications, personal qualities, controlling the compliance of the employees’ qualifications with the requirements for their posts in the departments of the university;

-organizes timely registration of reception, transfer and dismissal of employees in accordance with labor legislation, regulations and instructions;

-manages the documentary accounting of employees, issue of relevant activity certificates, record keeping and storage of employment records, preparation of materials for presenting workers to promotions and awards;

-provides preparation of materials on pension insurance, as well as documents, that are necessary for the assignment of pensions;

-it carries out the work on updating the scientific and methodological support of personnel work, its material- technical and information base, introduction of modern methods of personnel management, using the portal of the information system “AVN”;

-carries out the methodical management and coordination of experts’ activity and inspectors on the personnel with divisions of the university;

-controls the execution of legislative acts and decisions of the government by heads of divisions and local certificates of  university  on  personnel  work;

-ensures compliance with the order of employment and retraining of the released workers, providing them with established guarantees, benefits and compensation;

-controls the drafting and execution of vacation schedules;

-carries out the control of observance of the internal labor schedule rules by employees of university, a condition of labor discipline in divisions of university, develops and realizes measures on its strengthening;

-timely, in accordance with the established procedure, reports on personnel work;

-conducts work on execution of orders on enrollment, transfer, deduction, assignment of scholarships to students, admission of students  to the SAC, assignment of qualifications to graduates (draft orders) on the basis of reports of deans of faculties and personal applications of students, in accordance with the legislation  of  the  Kyrgyz Republic on education, in the private affairs of students;

-accepts personal files of first-year students and forms a student’s personal file transferred from another university and leads further movement;

-strictly observes the order of maintaining the database of “AVN” system for the students. 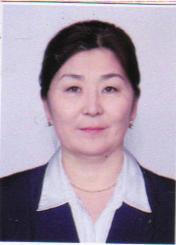